The tragedy in Japan

The tragedy in Japan

I know everyone has been watching the terrible scenes on the news and in the media over the last week in relation to the tragedy that has been inflicted upon Japan. I also know many of you have been concerned about the friends that I have over there and so I thought it would be good just to make a short statement.

To the best of my knowledge, the trials community that I am aware of has not lost any riders to the earthquake or Tsunami. My friends in Osaka and Kyoto and the kansai region in general did feel the earthquake but it did not cause any significant damage. Having said that, it is also true to say that the population in general is traumatised by the event and it will take many years to get back to normality.

Some good news that has come across my computer this week is that my good friend Kojiro Mori has confirmed that after much arm twisting on my part, he has booked a flight to come over in June and amongst other activities, he will ride with us at our Denman MCC June long weekend Twinshock Trial at Sandy Hollow. 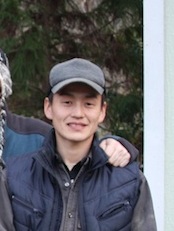 This is a great event, we expect a few visitors from QLD and VIC so now, if you would like to meet Kojiro and learn a little of the Japanese culture and bike mentality, you have another good reason to join us.

Kojiro sent me a link earlier in the week showing a 1963 Tiger Cub that he has restored.
Check it out

Look forward to seeing you all in a few months.

All the best and fingers crossed Japan recovers soon.
Andy