Dr Peter, check these out for embarrassing enduro hoons Thanks, for your input into my little dilemma, Hell Team.

TrialTech,
I see a horn but no mirror in the images.

I assume these bikes pictured meet VicRecReg requirements and meet the concerns outlined by Hell Team around importation.

Full reg would be a better option (eg Gas Gas Contact) but I live in Victoria and we have the rec reg possibility.

The mirror just clamps onto the bar..

Commercial scare tactics may serve to draw the consumer's attention to a particular product. If you do a search here, you'll see the pattern. 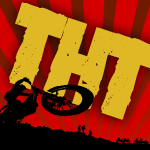 Denis
This is not "scare" tactics.
I have imported well over a hundred consignments of bikes from Europe and Japan over the years. I am trying to offer sage advice to help.
Please see below excerpts from the import application that must be filled out when importing any vehicles into Australia.
Firstly you are asked the type of bike you are importing. If it does not have plate approval then you chose "I want to import a non road vehicle"
The importer is then asked a series of questions about the motorcycle.
One is "Does your vehicle have any of the following "on-road" features:
Direction Indicators, registration plate holder, Tyres marked Not for Highway use, none.

If you tick anything but None" that's the end of the line for that application.

You also have to submit a specification sheet, and photos of the motorcycle, amongst other information.
The photos you posted of the two Shercos do not meet those requirements. So they cannot be legally imported into Australia. That's all.
As I stated do the research, and you will make the correct decision. You can ring The Department of Infrastructure and Regional Development and they can advise you of the requirements if you are unsure, or need clarification on anything. 
We can crate and freight bikes Australia wide for very reasonable rates. Ring or email with your location for freight quote.
The Hell Team Trials Store
02.8424.6400
0418.415.129
whoever@thehellteam.com
http://www.thehellteam.com
Top

No, I haven't, what did you have in mind? This is reviving an old dead topic, but I thought my recent experience might help someone.

Brake/Tail/number plate light - switch on rear master cylinder banjo bolt, a small ebay sourced tail/stop/plate light and bracket. I took the light off the plastic bracket (for an enduro style bike) and mounted it on the top of the rear guard on some light angle aluminium, with some shaped close cell foam to smooth it so I don't catch my pants on it as I go off the back. The Sherco guard is very flexible and no matter how I tried, anything under the guard would catch on the rear tyre.

Headlight - I made up my own mini headlight that sits behind the original headlight plate and shines through a 20mm diameter hole with acrylic cover glued into it. I used an ebay sourced LED motorcycle headlight for parts so claim it complies with the rule that the lights "must be manufactured for motorcycles", or whatever the wording is. I had a bit of trouble with the LED headlight not wanting to work properly - threw in an extra rectifier (scavenged from an electronic device) and that seemed to solve it - I had thought it probably needed a capacitor to filter the DC better for the light, but the rectifier was to hand and seemed to do the trick. Possibly a better quality light would handle things better.

Horn is a Jaycar piezo buzzer - very small and light compared to a "real" horn and complies with the "warning device" clause. An ebay horn button to drive it.

Mirror is a Ballards folding mirror - small and light, easily folds down into the centre of the bars when not needed (read permanently).

Wiring was pretty straightforward, just cut into the headlight wires and switch - with all LED lights and piezo horn current draw is minimal so the thin wires are fine.

Having read of one person in Melbourne or Gippsland who got turned away for not having a seat (apparently it's illegal to ride a bike on the road standing up!), I bought a pit bike seat (you guessed it, from Ebay), covered the rear guard etc with a plastic bag, sat the seat on and filled the gap with spray expanding foam. Trim it back and paint the edges black and it looks pretty decent for $20. A thin bungy holds it on. A bit of silicone non slip drawer liner (the mesh stuff from $2 shop) glued to the bottom makes it surprisingly secure. Same seat fits acceptably both the GasGas and the Sherco (moulded to the GasGas).

With some trepidation I took it to VicRoads. They looked over it, got me to start it and sound the horn (never looked at the lights), checked I had a number plate bracket (I had one beneath the guard, and a window through the guard for the light to shine) and all was fine.

The number plate is now mounted on top of the rear guard just behind the fuel cap (rear tank Sherco) - not quite to specs, but it's too heavy for the guard anywhere further back and kept getting ripped off, besides being a bit scary having it sticking out the sides.

I'd guess the whole lot weighs less than the number plate, maybe with the mirror a bit more. Total cost - maybe $50 plus time to put it together. The Stamp Duty was by far the most expensive part of the whole deal.

It would be interesting to see how the motorcycle police would view it - the number plate location is the only thing not properly as inspected by Vic Roads. Fairly unlikely that will ever happen where I ride though.
I mostly wanted the TAC cover that comes with a Rec Reg bike.

Users browsing this forum: No registered users and 4 guests